Learn More About Our Programs & Services 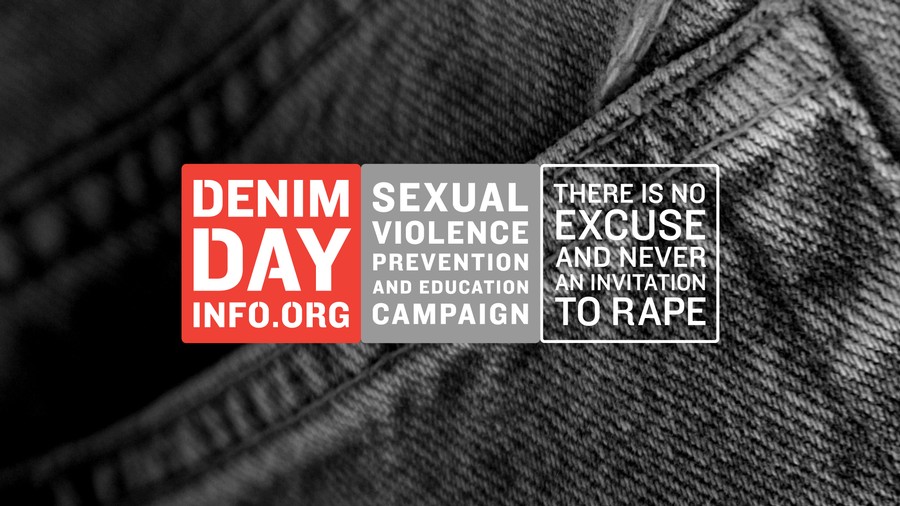 April is Sexual Assault Awareness Month, a time when we raise public awareness about sexual assault and educate individuals on how to prevent sexual violence and where to seek resources. You can show your support for survivors and raise awareness and funds with Denim Day.

Denim Day is a rape prevention education campaign that raises community awareness about the devastating impacts of sexual violence and how to prevent it. Show your support by participating during the month of April. 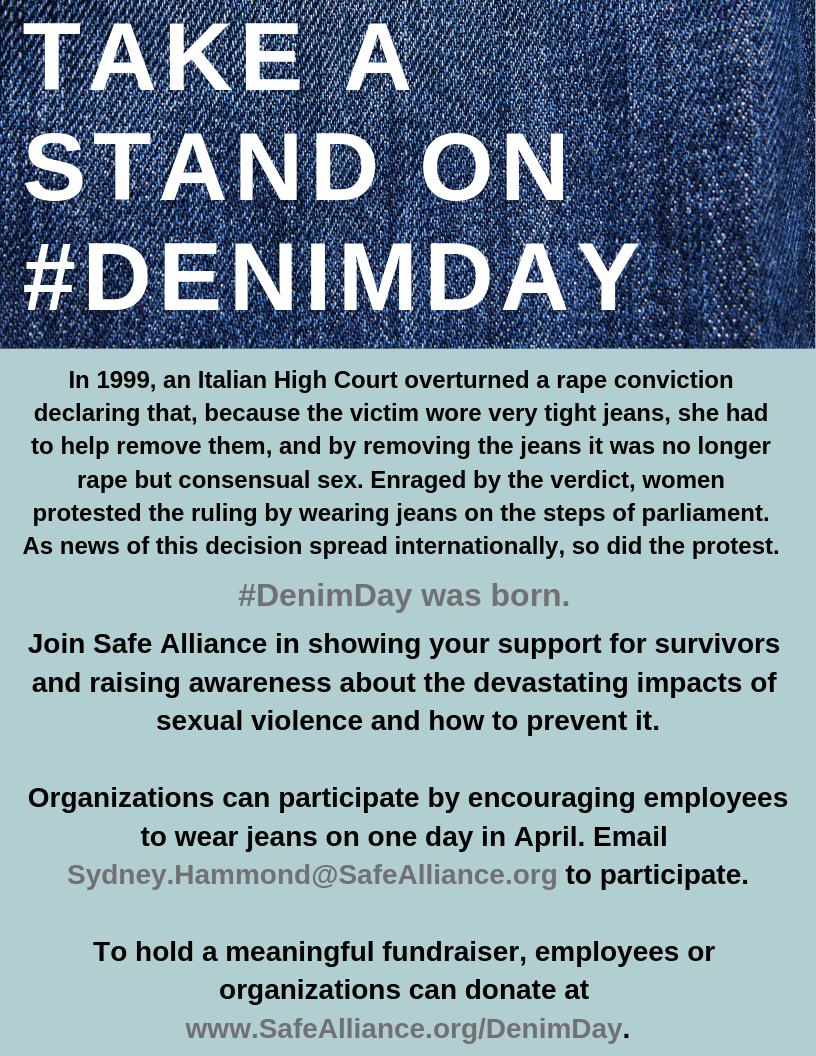 Thank you for participating in Denim Day!


Want to see your company or group listed above? Email Sydney Hammond to let us know you're taking a stand on Denim Day!

What Is Sexual Assault?